Gerald’s Game To Be Adapted

Here are some breaking news from Cannes, found on Deadline

Oculus and Somnia director Mike Flanagan has geraldcommitted to next helm Gerald’s Game, based on the bestselling novel by Stephen King. Flanagan wrote the script with his writing partner Jeff Howard. Trevor Macy and his Intrepid Pictures banner will produce, as he also did on Flanagan’s two horror films. 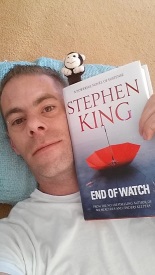