Under the Dome season 2

Under the Dome will open production offices for season two in Wilmington on January 13 at EUE/Screen Gems Studios.

Offices will be used to prep production, which, according to NCasting's Vanessa Neimeyer, will begin in early March. NCasting will once again be handling extras casting for the series.

The second season premiere will be written by King. 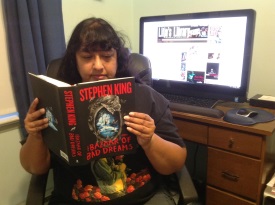