Under the Dome out on DVD and blu-ray today

Today Under the Dome is released on DVD and blu-ray. If anyone got the limited one (that looks like a globe) please email me and let me know if it is as nice as it looks to be.

Stephen King Visits Big Jim's Car Dealership
A tour of the location with Stephen King as he explains how Chester’s Mill is based on a real town and makes a deal to buy a used car.

"Under The Dome": Executing the Finale
Exclusive behind-the-scenes footage from on set for the filming of the last episode.

The Wilmington Pilot Premiere
On the Red Carpet in Wilmington, NC for the Pilot Premiere of Under The Dome. Includes interviews with cast members and creators, the city’s Mayor declaring June 24th Dome Day, and reactions to the gigantic success of the network premiere. 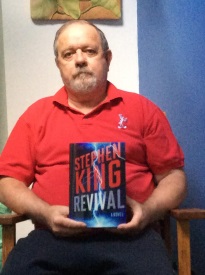