Under the Dome news

Under the Dome open production offices at EUE/Screen Gems Studios next week.


A CBS television series based on a best-selling Stephen King novel will film in Wilmington, according to local film industry sources.


"Under the Dome," a 13-episode series based on the author's 2009 book, is expected to open production offices at EUE/Screen Gems Studios next week, sources said.

The show will air this summer, according to a CBS news release.

"Under the Dome" will join NBC's "Revolution" as the second TV series to film in the Port City in 2013.

The dramas have something else in common: their characters struggle to survive in a post-apocalyptic environment.

"Under the Dome" is set in a small New England town suddenly and inexplicably sealed off from the rest of the world by an enormous transparent dome. The town's inhabitants must deal with dire living conditions while searching for answers about the barrier, according to the network.

"Revolution" follows a family trying to survive 15 years after all electronic equipment stops working. The NBC series, which began filming in the region in early July after filming its pilot in Georgia, took a midseason break Nov. 26. It will air new episodes again in March at 10 p.m. on Mondays.

"Under the Dome" will be produced by King and Steven Spielberg's Amblin Television. Niels Arden Oplev – director of the original Swedish version of "The Girl With the Dragon Tattoo" – will direct the first episode.

No casting details have been announced. 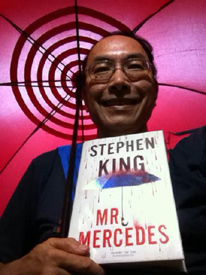