Under the Dome on CBS

Under the Dome will be a 13 episode miniseries airing next summer.


CBS has ordered 13 episodes of a serialized television adaptation of Stephen King‘s Under the Dome. Coming next summer, the series will be produced by Steven Spielberg’s Amblin Television and CBS Television studios.

The Girl with the Dragon Tattoo director Niels Arden Oplev will direct the first episode. The scriptwriting team for the project included Neal Baer, Stephen King, Justin Falvey, Darryl Frank, Stacey Snider and Brian K. Vaughan; they will all work as executive producers on the project. Simon & Schuster (part of the CBS corporation) will re-release of the trade paperback and eBook through the Pocket Books imprint. 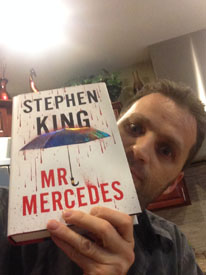