Here is a rather wonderful, succinct and well-thought out review of The Stand comic from Comic Heroes Magazine:


"Over the course of 31 issues, collected in six volumes, Marvel has produced arguably the finest novel-to-comics adaptation ever. Not only does Stephen King's The Stand remain utterly faithful to the source material, it manages to convey almost all of the power of King's apocalyptic epic and as much of the depth of characterisation as can reasonably be expected.

Roberto Aguirre-Sacasa has expertly filleted the original text; a true flavour of King's literary 'voice' seeps through in every caption. He also retains the novel's many quiet, reflective interludes rather than trying to hone it down to a series of action sequences and moments of horror. This is particularly evident in No Man's Land, in which the good guys begin re-establishing some kind of societal normality after the death and devastation caused by a lethal flu plague. The talking-head character interplay is as tense and compelling as the violence and self-sacrifice in the final volume.

Fine though the scripting is, the art is even better. Mike Perkins' calm, naturalistic style - illuminated by Laura Martin's understated colouring - is perfect for a story about ordinary people grappling with threats both supernatural and mundane" 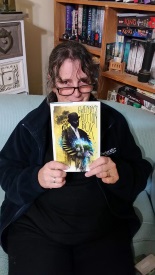