Here are some news about The Dark Tower movies:


There’s some good news pertaining to the adaptation of Stephen King’s The Dark Tower series. It was announced today that Mark Verheiden has been signed on to co-write the NBC TV series alongside Akiva Goldsman.

Stephen King’s series of novels is set to be adapted on both the big and small screens. The TV show will fit between the first and second movie in the trilogy that’s set to play out in theaters.

According to Deadline, Mark Verheiden is set to co-write and executive produce the series. Verheiden’s TV credits include Heroes, Smallville, Battlestar Galactica, and the upcoming TNT drama Falling Skies. Needless to say, he’s no stranger to sci-fi/fantasy… unless you’re a stranger to sci-fi/fantasy, in which case, I suppose it does need to be said. Regardless, with a background that includes some very popular TV series (and also the film Timecop!), and Ron Howard’s direction, I’m thinking the Dark Tower project is in good hands. 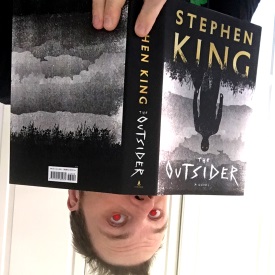