When MTV spoke to Howard during the press day for his comedy "The Dilemma," he talked a bit about his plans for "The Dark Tower" series and how involved he will be.


"Right now what we're talking about is a movie and six or eight hours of television to bridge. My plan is to do most of those TV hours, if not all, and certainly the movies." And, in case you thought the roles of the main characters would be recast for the TV series, Howard confirmed that the actors from the films will indeed reprise their roles on the small screen. 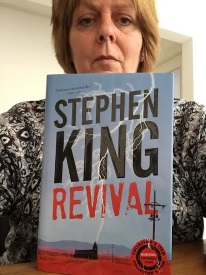