Coming soon reported the following today about the movie version of Bag of Bones:


Helmer Peter Care (The Dangerous Lives of Altar Boys) will develop and direct MGM's Bag of Bones based on the 1998 Stephen King novel, says The Hollywood Reporter.

The deal -- closed pending approval from King -- will see Care directing the project, from the David Velos-adapted screenplay, centering on young novelist Mike Noonan, who is helped by the spirit of his dead wife from beyond the grave. Together, they excise the spirit of a murder victim, who has killed several children and now has her eyes on an innocent 3-year-old. 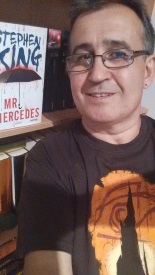