The Shawshank Redemption on stage

The stage version of The Shawshank Redemption is coming along.


The stars of the world premiere of 'The Shawshank Redemption' at the Gaiety Theatre in Dublin have been announced.

Reg Cathey, best known for his role as Norman Wilson in 'The Wire', will play Red, while Kevin Anderson, whose film credits include 'Sleeping with the Enemy' and 'Charlotte's Web', will play Andy Dufresne.

Adapted by Owen O'Neill and Dave Johns from Stephen King's novella 'Rita Hayworth and The Shawshank Redemption', the production will be directed by Peter Sheridan.

'The Shawshank Redemption' will open at the Gaiety Theatre on Tuesday, 19 May with low price previews from Thursday, 14 May. 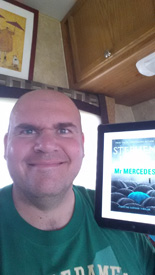