Here are three upcoming books that might be of interest:

Inside the Dark Tower Series: Art, Evil and Intertextuality in the Stephen King Novels
By Patrick McAleer
Released Feb. 16


Stephen King is no stranger to the realm of literary criticism, but his most fantastic, far-reaching work has aroused little academic scrutiny. This study of King's epic Dark Tower series encompasses the career of one of the world's best-selling authors and frames him as more than a "horror writer." Four categories of analysis--genre, art, evil, and intertextuality--provide a focused look at the center of King's fictional universe. This book reaches beyond popular culture treatments of the series and examines it against King's horror work, audience expectations, and the larger literary landscape. 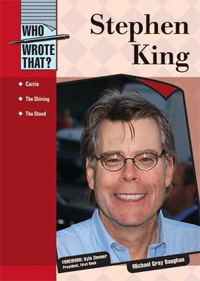 Stephen King began writing and submitting stories for publication as a young teenager. It wasn't until 1973 when he was 26 years old, however, that his first novel, "Carrie", was accepted by a publisher. By the 1980s, his books were published at a rate of at least one per year. How did King, once a struggling writer, become one of the best-selling authors of all time? "Stephen King" explores his path from a childhood of poverty to success as a screenwriter, film producer, director, and author of classics of the horror genre like "The Shining" and "Cujo". 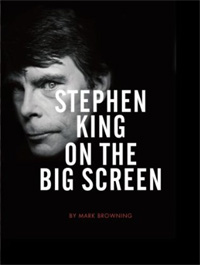 Stephen King on the Big Screen
By Mark Browning
Released May. 15

The Shining. Carrie. Misery. These are just a few of the film adaptations that have been made from the terrifying and eerie work of novelist and short story writer Stephen King. It is nearly impossible to think of another author who has inspired so many, and such diverse filmmakers—yet there has never before been a work by a film specialist that focused solely on Stephen King. Mark Browning, in Stephen King on the Big Screen, takes a film-by-film approach to exploring why some adaptations of King’s work are more successful than others.

Browning discusses every single film adaptation given a global cinematic release—including films by such well-known directors as Stanley Kubrick, George A. Romero, and David Cronenberg. His is the first book to consider in detail Sleepwalkers, Dreamcatcher, and 1408 as well as the much-neglected portmanteau films and touchstones like The Shawshank Redemption and The Green Mile. In a highly readable and engaging style, Browning examines how different film directors have interpreted and translated the original literary texts into a new medium. Throughout, he reveals the elements of style and approach that have helped make King one of the world’s best-selling authors.

Pre-order here.
To the news archive 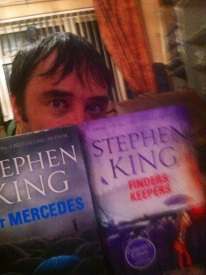