Garris on Bag of Bones


Garris will direct, and executive-produce with Mark Sennett (who served in a similar capacity on Garris’ ABC version of King’s DESPERATION), with THE STAND’s line producer Peter McIntosh reprising those duties. The screenplay was written by Matt Venne (pronounced “vein,” by the way).

“What appeals to me about King in general and BAG OF BONES in particular is how human it is,” Garris continues. “The recent King stuff is very adult and very passionate, which I really respond to. I just love the idea of doing a grown-up ghost story.” 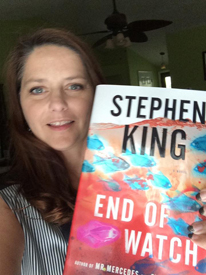