The Green Mile only got one Golden Globe nomination and that was Michael Clarke Duncan for his role as John Coffey. Let's hope for a better result in the Oscar's!

The Charnel House reports that there has been some, previousl unknown, poems by King showing up recently. They where published in the first issue of Contraband! One of the poems is called Woman with Child and the other is untitled. Very interesting!!!

The untitled one is in five verses of 7,4,8,5,4 lines respectively and begins:

The other one, entitled Woman with Child, is 17 lines in length.

The Green Mile opens at #2 at the box-office. 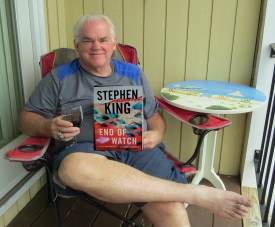